Mexico
You are on |
Get a live quote now

Discover more about what Pacific Prime Hong Kong can do for you. Learn about the awards we have received and the advisors you can contact for helpful advice and support.

Simplifying Insurance for All

At Pacific Prime Hong Kong, we have been providing impartial advice to individuals (including locals and expats), families, and businesses of all sizes for over 20 years. Our first office was set up in Hong Kong, and the company has since expanded globally across 5 continents and has offices in major cities, including:

To ensure that we offer the best possible service to clients from all around the world, we have a global team of 550 insurance experts representing 35 different nationalities and speaking over 28 different languages.

Currently, Pacific Prime covers over 500,000 individual and 4,000+ corporate clients worldwide, including over 150 international schools. Our vast portfolio of clients means we are the go-to intermediary for health insurance and business solutions.

Click on the button below to discover more about what Pacific Prime Hong Kong can offer you today! 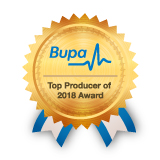 Over the years, we have garnered numerous accolades and awards since the company was founded in 1999. Most recently, we were named the Top Individual Agency and Top Individual Sales by Now Health International and Best Doctors Insurance, and also received Bupa Global’s Best Performing Intermediary Award.

“Pacific Prime has consistently been a top broker for Bupa Global. They are expat insurance experts; they have an innovative and energetic team and have a wide footprint across all the key expat destinations. Pacific Prime has won our Top Producer award in the Asia Pacific region in the past few years and have again been the top producer for HK this year, generating the highest new business volume in 2018.” - Angus Slater, Managing Director at Bupa Global

In 2019, we received Bupa Global’s Top Producer Award for being the leading distributor of Bupa Global’s insurance plans in the Hong Kong region.

“We are honored to be recognized as Top Producer as well as the Best Performing Intermediary earlier in the year by Bupa Global. This goes to show the importance of having a comprehensive product, along with dedicated client service, that can work in tandem together in the APAC market. While we have won awards from Bupa Global previously, it feels especially good to be acknowledged in front of our local peers in Hong Kong.” - Christian Moore, Senior Corporate Account Manager at Pacific Prime

We look forward to picking up more awards in the near future as industry recognition for our efforts in simplifying insurance and providing robust insurance solutions.

Pacific Prime Hong Kong has a diverse team of Hong Kong-based international health insurance experts. From a strong sales team to a reliable renewals and claims team, our advisors offer a wealth of experience you can rely on. Meet and get in contact with them today!

Learn More about our advisors

Our Services Are Free

Our advice and services are free of charge, and the premium you pay, should you buy a policy through us, will never be higher than going directly to the insurer.

We work with the best locally compliant and regulated health insurance companies in Hong Kong, and we can help you to select the right company and the right plan.

Our health insurance advisors will ensure that you get exactly the cover you need.
Give Us a Call
Compare Quotes

Use an online quotation tool to compare health insurance plans on the market.
Get a Quote
Global Site 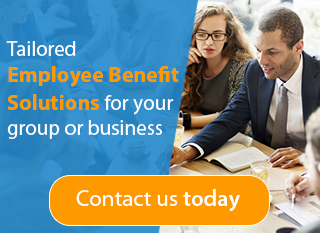 The Prime Times - May